As a recipient of a Google Peer Bonus, I was given the opportunity to submit a guest post to the Google Open Source Blog, published on October 27th 2020. For my own archives, and because I didn’t particularly like some of the edits they made, here’s my original version.

I was recently awarded a Google Open Source Peer Bonus, which was all kinds of awesome, but also proof that you can contribute things of value to open source projects, and indeed build a career in it, without being a hard-core coder. I can github, it’s true, but my actual coding skills are definitely limited to the occasional python or shell script! So how, as a non-coder can I, and others like me, contribute to open source in a meaningful way?

This is incredibly valuable, particularly if you are new to a project! Firstly, developers and maintainers of projects are often focused, for good reason, on fixing bugs and improving the software. Documentation is harder for them to prioritise, and sometimes gets neglected. If you can help with this, then your contributions will be greatly appreciated. Secondly, if you’re very familiar with how to install and run a particular package, or even if you already have all the dependencies installed, then it’s very easy to miss a step, or for your instructions to be ambiguous. However, if you’re a beginner, you are best placed to ensure that instructions and step-by-step guides are easy to follow, don’t skip vital steps, and don’t use off-putting language.

Also, if you have the opportunity to get involved in projects like Google Season of Docs as a mentor or a participant, as I did in 2019, go for it because it’s hugely rewarding!

Get involved in the community!

Can you help on mailing lists, or by organising events? One of the best things I have done was to get involved in the nascent Open Source Geospatial Foundation (OSGeo) back in 2006. I was persuaded to set up a local chapter in the United Kingdom, which is still going strong 14 years later at https://uk.ogseo.org. We’ve hosted a global conference (FOSS4G) and several UK events; and an online-only event this year. We’ve also managed to financially support a number of open source projects by providing an annual sponsorship, or by contributing to the funding of a specific improvement. I’ve met so many great people because of my involvement in OSGeo, some of which have become colleagues and good friends. 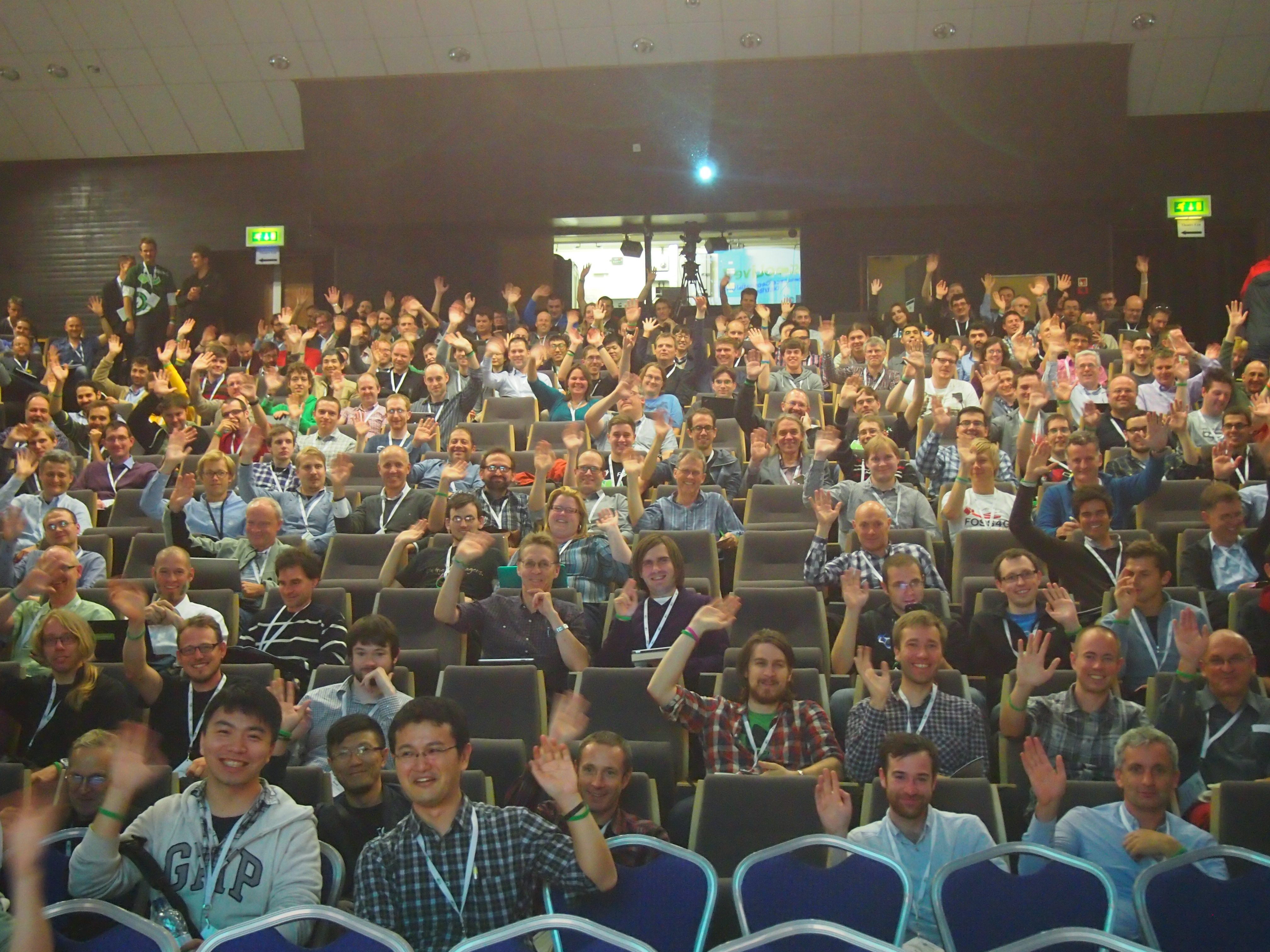 Can you talk at a conference about your experiences with a project, or perhaps write a case study? Evidence that particular packages can be used successfully in real-world situations are incredibly valuable, and can help others put together business cases for considering an open source solution.

Can you make things easier for people?

When I first started using open source software, the packages I needed were often hard to install and configure on windows, and had to be started using the command prompt, which is intimidating for beginners. To scratch a problem-solving itch, I packaged them up onto a USB stick, added some batch files to make them load properly from an external drive, added a little menu for starting them, and Portable GIS was born. 12 years, a few iterations, a website and a GitLab repository later, it has been downloaded thousands of times, and is used in situations such as disaster relief, where installing lots of software rapidly on often old pcs is not really an option. I didn’t need any coding skills for this, beyond knowing how to refer to relative drive paths in windows.

Once you get proficient in something, use your new knowledge to help others. Some areas of “modern” software use and development, such as online repositories like GitHub or GitLab are extremely intimidating to new users, and create a huge barrier to participation. If you can help people get over the fear-inducing first pull request, you will empower them to keep on contributing. I confess, my first pull request was a slightly puerile contribution to the Vaguely Rude Place-names map back in 2013! Since then, however, taking a leaf from the Python “Don’t be afraid to commit” workshop, I have run a few training events along a similar line at conferences and hopefully helped a few people take that first step.

In summary, 16 years after I first found out about it, open source is now fundamental to my career, as well as being something that I am truly passionate about. It has shaped my life in many ways. I hope that my experiences might help some people who also consider themselves to be non-coders to get involved, and to realise that their contributions are equally as valuable as bug fixes and patches.

Read other posts
← Simple, but not too simple Open Source Peer Bonus →